Use this forum for general user support and related questions.
Forum rules
Please upload a testscene that allows developers to reproduce the problem, and attach some images.
Post Reply
19 posts

I'm not completely sure but on my PCs here PathCPU runs faster than PathGPU. And I have good performance GPUs.
It's same in LuxCoreUI and LuxCoreRender in 3ds max.
I try the same scene on other machines and the result was the same whit Nvidia 2080, much better with AMD GPU but somehow the same.
Perhaps I missed something. 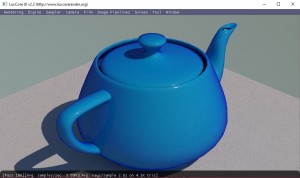 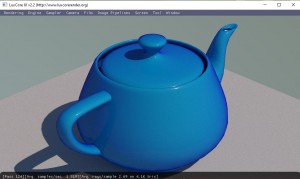 It's almost the same for MaxToLux that use LuxCore.
Also if I restart the scene a couple of times in LuxcoreUI and switch between GPU and CPU render will slow down more.

One more thing if I use point light (infinite) even in a close environment like a room, render will take much more time to compile, and render getting slower than before.
Omid Ghotbi (TAO)
Latest build Download link👇👇
https://github.com/LuxCoreRender/MaxToLux/releases
Last update information
https://forums.luxcorerender.org/viewto ... 290#p27574
Top

Same here, I'm starting to observe the same.
Considering compilation time, especially with 2 (or more GPUs) make light to mid-weight scenes not worth it.
And then, for heavy weight scenes, there's the RAM limit.
Top

TAO wrote: ↑
Tue May 12, 2020 1:37 pm
I'm not completely sure but on my PCs here PathCPU runs faster than PathGPU. And I have good performance GPUs.

This looks strange indeed, I can't confirm this on my system, everything works as expected here. 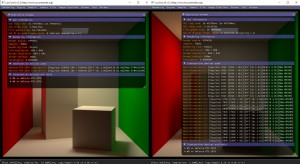 From your screenshots I see you're using LuxCoreUI v2.2.
Maybe something is wrong with your scene?
Can you share in text form (.cfg) so that we can take a look and run a test?
Also the first image (Intel CPU) with the highest speed looks noisier than the others despite similar sample count which should not be the case.
Top

Agreed, and I did check with 2.4 too, same result (GPU faster than CPU with Cornell scene, though smaller difference).
But I'm curious what kind of setup could possibly slow down GPUs so much, no matter which Lux version ?
Top

That's a good point let me check with v2.4

But I'm curious what kind of setup could possibly slow down GPUs so much, no matter which Lux version ?

That's my whole point. GPU should be faster in any circumstances with such a simple scene with only two objects and one light and just a gamma correction.
Last edited by TAO on Wed May 13, 2020 11:18 am, edited 1 time in total.
Omid Ghotbi (TAO)
Latest build Download link👇👇
https://github.com/LuxCoreRender/MaxToLux/releases
Last update information
https://forums.luxcorerender.org/viewto ... 290#p27574
Top

Maybe some luxcore gui bug? A 2.4 build from 2 days ago runs definitely faster on gpu than on cpu.
In an production scene example I got 20sec/100 samples rendering on 2070 and 50sec/100 samples on amd 2700(Blendluxcore).
Which is more or less as I always remember the difference between this cpu and gpu config in luxcore.
My Behance
Luxcore on Trello
Top

It tried v2.3 and it's slightly faster on PathCPU but the bad news isو its ganna crush any time I change the renderer to OpenCL or getting too slow on many scenes. 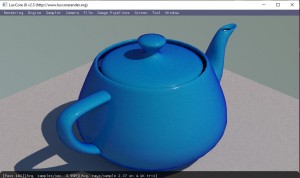 Here a screen capture from what happened.

I'm Not sure but I don't think the issue is about the scene, I can render this exact scene in v2.2

And the scene. the super light scene, no texture. 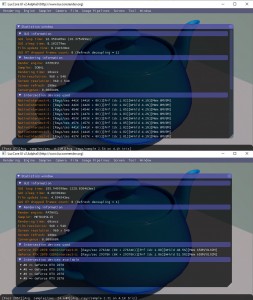 You have your Intel CPU activated as an OCL device and it should be contributing in OCL mode.
Can you confirm that with pressing "J" during rendering which should show the statistics of all working devices?

My Ryzen has no OCL driver and will only work natively, so I cannot test the original configuration of the file.
Top

Definitely there is an issue with v2.3 and 2.4 if I disable CPU manually by editing the scene config file, it will load successfully and render but still slower or at the best case with the same performance as GPU.
But if I try to enable GPU and CPU OpenCL in render engine menu Luxcoreui will crush. 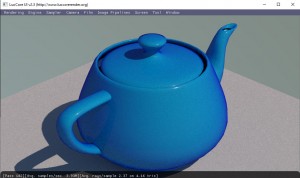 If you look closely nothing wrong with the scene file.
I need to set the CPU device to 0 manually to even load the scene when I want to use OpenCL.
Omid Ghotbi (TAO)
Latest build Download link👇👇
https://github.com/LuxCoreRender/MaxToLux/releases
Last update information
https://forums.luxcorerender.org/viewto ... 290#p27574
Top
Post Reply
19 posts