Lately, I found enough time and having fun to add AMD FidelityFX Super Resolution to the 3dsmax LuxCoreRender plugin, and with FSR, I was able to render in 1080p and make it 2k without any effort and adding additional time to render. it is a really handy feature when you want to do a fast small render and have it in a larger format.
Here is a simple test of it.
Orginal image in 2:46" 1069x1440px 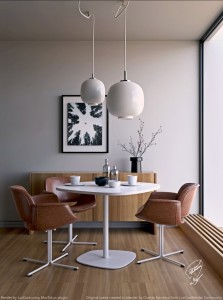 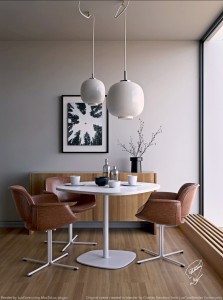 I tried it in 100 frame animation and it works the same.
I know it is mostly used in games but it can be used in any case like speedup or upscale or sharpening of interactive viewport renders to speed up viewport render.
It is a good feature that can be added simply to the core or plugins and anyone with no urge to render in native resolution can benefit from it or it can be used to speed up real-time interactive viewport render. (just an idea, may not work as well)
The results are good and the implementation is fairly simple. As it is the AI there is no need for an additional pass, layer, or output.
it is already available as plugins for Unreal Engine, Unity, Xbox game development kit.
The test I created is a very basic result and FidelityFX Super Resolution can do a far more better job with scale and sharpening.
https://gpuopen.com/learn/ue4-fsr/
Last edited by TAO on Thu Nov 25, 2021 11:17 pm, edited 7 times in total.
Omid Ghotbi (TAO)
Last update information
https://forums.luxcorerender.org/viewto ... 590#p30154
Top

Great Job TAO. Can't wait to test it in blendluxcore when it available. For sure such feature is needed as doubling résolution multiply render time by 4x. It is like a 200% speed bump for free. And FSR like OIDN is going to improve.
Anything that close the gap to animation is welcome.
Thanks to share it with us.
Support LuxCoreRender project with salts and bounties

I tried to upsample the original image in Photoshop and added some unsharp mask and the differences with the Fidelity Super Resolution are minimal.
Top

daros wrote: ↑
Thu Nov 25, 2021 10:30 pm
I tried to upsample the original image in Photoshop and added some unsharp mask and the differences with the Fidelity Super Resolution are minimal.

It is different especially if you use correct settings, as it is works base on AI and not just the usual upscale algorithm.
By the way, scaling with 1.3x is almost the same as a render with native resolution, and super hard to tell the difference, as the scale factor goes up the quality will drop and you can see the difference but still much better than normal scaling.
as I check with 1.3x to 1.5x the render time will drop between 35% to 45% with a minimal quality loss and for someone how does not have the urge to render in the exact native resolution that could be a great advantage.
By the way, it is just an option that can be added to the core or plugin sides.
https://www.youtube.com/watch?v=57L0OL85ILU
you can see more examples on youtube like this one. it is mostly used in games but can be used anywhere.
I'm just experimenting with that and the source and version I used were not the final versions with the best settings.
It can be used to speed up viewport interactive renders as it takes almost no time for scaling the output.
It may not be a good idea as it is mostly used in games and the Ai algorithm is trained with game images, so it works better on games.
Omid Ghotbi (TAO)
Last update information
https://forums.luxcorerender.org/viewto ... 590#p30154
Top

I will try to do an interactive render in 3dsmax with lower resolution and scale it with FSR to see if it can help the interactive render time. as I already mention it may not work as I think as the data set model is trained by game images. Worth trying.
Omid Ghotbi (TAO)
Last update information
https://forums.luxcorerender.org/viewto ... 590#p30154
Top
Post Reply
5 posts • Page 1 of 1