Use this forum for general user support and related questions.
Forum rules
Please upload a testscene that allows developers to reproduce the problem, and attach some images.
Post Reply
63 posts

daros wrote: ↑
Fri Sep 17, 2021 4:29 pm
Hi dade, but we defined a inside volume which contains the entire scene. In fact, as pointed out by sharlybg, under path tracing everything works well...only under bidir we have that issue.

As I wrote in my previous post, you need to define the inside/outside volume of the walls: a ray start from the light source hits a and has no information at all of the outside box, how could it have ?

Anyway i imagine those not as walls but as a folded sheet of paper which is immersed in a volume (black box). Everything what happens inside this volume should be affected by the substance of the volume, therefore the lights should cast volumetrics. Only exception is if i define internally a new outside volume, which is therefore not affected by the substance of the previous volume.

A part form this, under pathgpu our set-up seems to work correctly.
Top

Path tracing traces ray only from the camera while BiDir both from camera and lights. If the camera is outside the volume box (or the volume is assigned to the camera), the traced rays have the correct information.
Support LuxCoreRender project with salts and bounties
Top

Thanks dade, monday we try to follow your advices.
Top

Hi again, Dade. Unfortunately, we are not able to create a scene that allows us to get what we are looking for....
We are working under Bidir.

Imagine this scene, which is an outdoor/indoor scene. 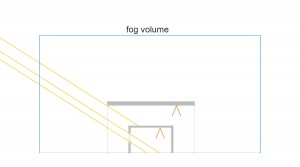 Which is simply what would happen in reality under such circumstances.
To simplify... we are looking for a set-up where everything that happens inside the fog volume is immersed in the fog.

We have not been able to create a scene in which, simply by moving the camera from outside to inside, the volumetrics behave as they should.

Attached is an obj of that scene.

Can anyone help us create a scene where by moving the camera from the outside to the inside, we can get the correct results?
Thank you in advance for your help.

Even in this scene, which has to be considered an exterior scene, i cannot explain myself why i cannot archive the correct result by using a internal volume:

this is the result with world volume. 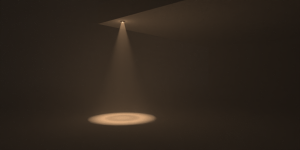 this is the result with the scene imersed in a internal volume. 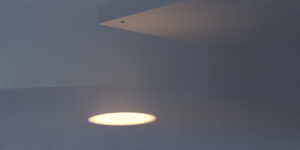 Why in the second case we apreciate the volumetrics occluding parts of the scene but not interacting with the light? 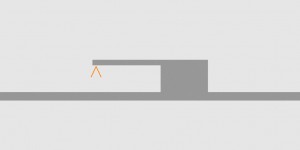 Attached you can find the geometry.

You need to post a Blender or LuxCore scene, a .obj file doesn't include any information about volumes.
Support LuxCoreRender project with salts and bounties
Top

If you add the following line to the scene: 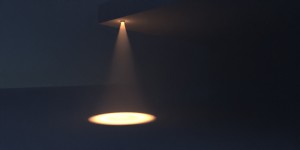 Hi dade, thanks.
But what happens if we have 1000 layers inside the fog volume? Do we have to assign "envVolume" to all 1000 layers if we want that they interact correctly with the fog? And does this has further consequences?
Top

But does this not creates an infinite volume around the scene? Why your render is so much darker?
Your render should be simply the second rendering with the volumetrics of the first one...
At least this is what we are looking for.
Thanks for any feedback dade.
Top
Post Reply
63 posts