Not very experienced either at modelling or with LuxCore, but I do know what to look for: background as Photoshop retoutcher/post-production and have good knowledge of anything photo related. Started playing with Blender during first confinement, initially to complement real work with a few bits such as backgrounds and small stuff.Most of the things I work in my day job are product shots and the ones I like most usually revolve around bottles and liquids, so it was only natural to start experimenting in 3D with those.Started using Lux because at the time it was the only free alternative to get GPU acceleration on Mac but stayed because of volume priorities and caustics.

Will post here future experiments, none of this is work, just having fun trying to learn new stuff: LUX,FlipFluids,EXR workflows,etc... 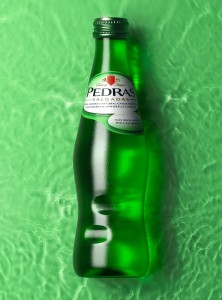 Had to mix 3 renders actually: Spot would give overkill caustics, probably my fault to set it up properly+too choppy water, and area light was very subdued:

EDIT:forgot to add this could also be a good example how Volume priorities can make life so simple, on the far right image one can see how FLIP Fluids interacts with obstacle (bottle), that would render a mess with the intersections with glass and would probably be a pain in the back to apply a Bolean in liquid.Flip has a very handy option to solve interactions inside the obstacle, so its just a matter of using that and give a higher Volume Priority to glass.

Any criticism or suggestions are most welcome.
Top

Underwater was getting frustrating, so decided to do something easier only to get frustated with FLIP Fluids, all I could savage from that mess, not exactly what I was looking for: 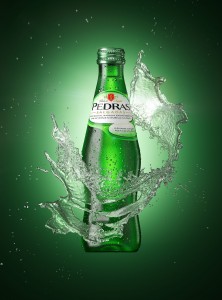 The glass looks great IMO, pity about the fluids as it's an otherwise great shot!
Top 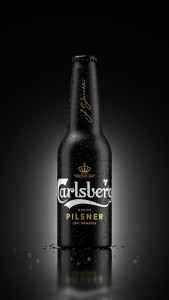 Unfortunately couldn't render the version with smoke because of memory problems, I've been told in Discord the problem is probably due to the fact MacOS OCL driver running in 32 bits. Been trying Lux in Linux but so far the latest 2 Ubuntu versions seem very buggy on AMD drivers and couldn't manage to install CentOS 8, trying Fedora 35 ATM.If I manage will update it.
Top

I had the privilege of seeing the development of these works from these super realistic bottles made by this super talented artist. you can sell these images are very good
Top

I will also get to show how luxcore has changed my professional rendering life and saved me from every complicated luxcore job delivery and life.
Top 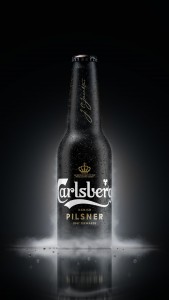 Still not entirely happy with results, but this is a stopgap to the final image (with some mirror reflections)

Served to learn a lot and sort a few things: volume auto-step settings (for smoke) was really slowing down the render to a ridiculous point, maybe because I had my scene done 1:1 in mm's and I believe the auto-step was probably getting confused as in Lux wiki it says the settings are suposed to be in meters but don't think there's a way to check what settings Auto is using (is there?) once I set it to manual it increased speed by around 10x.I do have to play more with it as the final render got a bit too blocky for my taste.

Also, still need to change Bump material for bottle for real displacement, but it's much harder to control it.

A few things I picked up along the way: Rendering in Fedora linux is much,much more stable.I like to start with bigger resolutions for editing before scaling down 50% for final image/previews.I just couldn't render in Mac and a few people in windows I passed the file crashed their computers.In Linux it seems to handle over VRAM nicely, same file would crash 8GB GPUs in windows/mac: 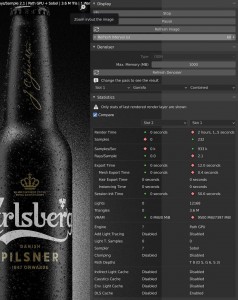 This one took a bit longer than expected, learned a lot on this one as well: 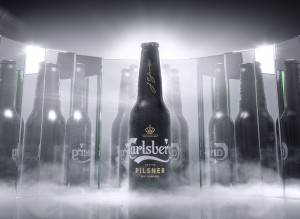 As usual, a lot of details didn't really work out as I wanted, mostly related to displacement in Lux.Don't really know why but something I can manage somewhat easy in Cycles in Lux its a bit more painful. I'm still learning so take this as personal opinion:

In Cycles for the most part I can set a procedural noise texture (in Bottle to simulate moisture) using noise size but in Lux it's barely noticeable the difference in Mapping, instead need to use a much higher sub-division (chose to split between node and added in bottle modifier itself, no idea if it makes any diference) that complicates a bit memory usage in render time and viewport responsiveness.

Maybe the fact I'm doing things on a small scale (1:1) could have something to do?

I rendered with and without smoke to mix them latter,Smoke does make a huge memory difference,Was able to render in Colab the non-smoke version:

But no avail with Smoke, couldn't even render with GPU mostly because my Linux boot started working weirdly after a CPU upgrade in my iMac (changed from i5 to i9 9900KF). In Mac and Colab it crashed, so rendered with Path CPU in Mac (a few tries in Linux saw memory usage going to around 70GBs):

Most of the problems I believe were dues to the fact I had the logos as emission to make them more visible, I later split the bottle and logos to be able to render them separately and reduce the quad count (subdivision was sending number of lights trought the roof), maybe there's a better/more elegant way of acomplish this? 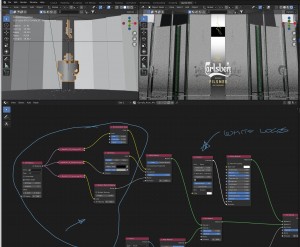 Smoke got weird probably because of Step Size,I wanted to have a small cool tint but not very visible will need future tests, but easily corrected in post: 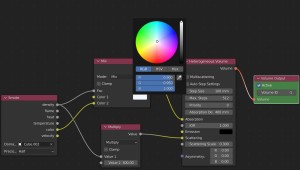 Base renders @3840x2800 I wanted to do them at 7680x5600 but was already hard due to memory problems, and need to learn how to use Object/Material ID as I had to do the same render in Cycles to extract the masks via CriptoMate, although i used a somewhat low sample count: 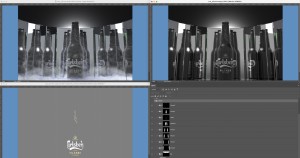 Cryptomates working quite well from Cycles to Lux (for use in Photoshop): 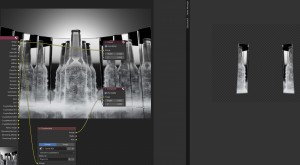