Show your work, get help, participate in development
http://forums.luxcorerender.org/

LuxCore major new features
BlenderLuxCore major new features
Changes that break backwards-compatibility
Old .blend files created with v2.2 or earlier will need to be updated in the areas listed here to make them look the same in v2.3.
There is an automatic converter available in the new "LuxCore Tools" panel in the render properties which can solve most of these points with one click.
Note that this only concerns Blender files, not standalone LuxCore files (cfg/scn/bcf).

Example Scenes
We have updated all the example scenes for v2.3, check them out here: https://luxcorerender.org/example-scenes/

Note for Windows users: you have to install the Microsoft Visual C++ Redistributable for Visual Studio 2017 and Intel C++ redistributable.

Thanks to the wonderful developers 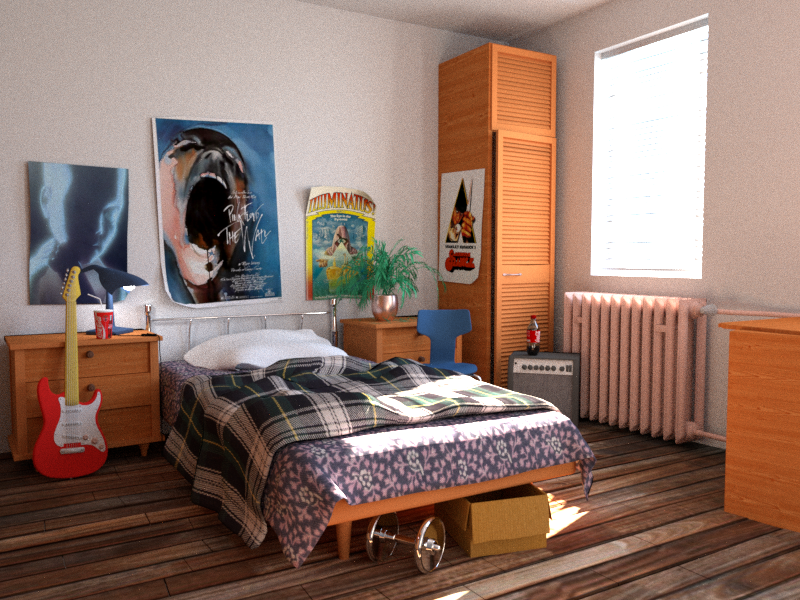 Another example scene ... can be found here:

by Harvester
The original scene was modeled by David Vacek, designed by David Tousek. This with many other challenging scenes to study lighting and shading can be found at http://www.3drender.com, the Jeremy Birn's website. Jeremy Birn is a TD at Pixar, and has lit shots in movies such as The Incredibles, Ratatouille, WALL-E, Toy Story 3, and Monsters University.

Thank you for adapting it to be rendered in LuxCore Render.
All times are UTC
Page 1 of 1