Re: Who loves Riddles? 1) How looks the scene behind?

epilectrolytics wrote: ↑
Thu Jan 02, 2020 6:25 pm
I'm unable to figure out what your set-up is but this high contrast image is some great piece of art!

Thank you much for the compliment!

The idea behind the picture is x-ray crystallography. So, it is actually a 'cube' made from spheres. A beam crosses this cube what leads to the projection and shadow rendering the first two images. The third image, well, I prefer not to tell the how to.

And now, something completely different ...

Scanning a checker boarded room with red and green L.A.S.E.R.s.
Work is in progress because the render has a few minor, less nice issues.
Enjoy the preview! 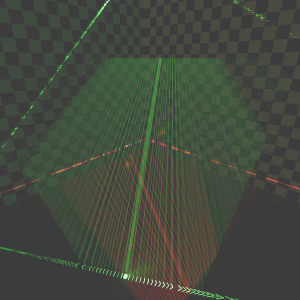 Amazing how realistic lasers are rendered crossing homogeneous volume and hitting the wall.
I am once overwhelmed by LuxCoreRender's capabilities!

This time, the image is close to the final render. In this version, there is something odd about the lower box made from Null material and homogeneous volume.

Does anybody have any ideas what these two, similar but not same in all, artifacts could be

Blinking is based on a quite simple trick.

Animation Keys do not work for Material nodes ...

Anisotropic Surfaces from Use of Particles System

Anisotropic Surfaces
Some weeks ago there has been discussions about naturalism of anisotropic surfaces. As one person mentioned even a simple lawn and a meadow are a true anisotropic surface. I made some easy illustrations with Blender's particles system. 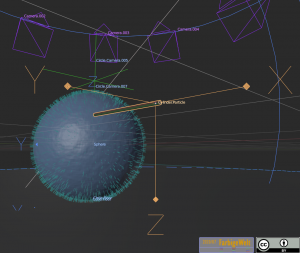 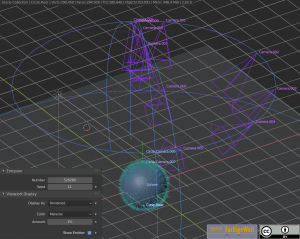 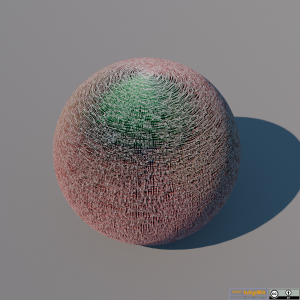 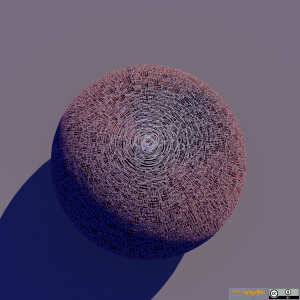 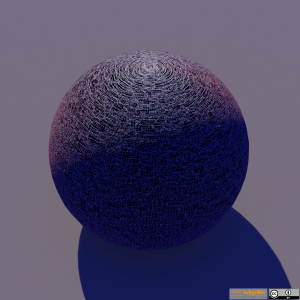 Graphics Interchange Format, please
>- click -<
on image below to see the flashes in animation.

Somewhen 1987 I caught a harmless virus called ray tracing one home computer.
This is how it looked like. { >- click -< to view animation }

A special 6 bit mode called HAM (Hold-And-Modify) displayed up to 4096 colors leading to unbeatable image quality in widely used and very common TV screens (NTSC or PAL). In those days the product of vertical and horizontal frequency was about the same for both TV systems. Interlaced flickering half frame frequencies depended on main power's frequency (USA 110 Volts @60 Hz, Europe 220 Volts @50 Hz). Progressive resolution was in the USA 320*200 Px, in Europe 320*256 Px.

Interlaced maximum resolution was visible on good CRT PAL monitors with up to 704*576 Px (overs-can mode). This equals 20.275 MPx/s, 101.375 Mbit/s respectively (32 colors, 5 bit). Given a 16 bit data bus this leads to 6.34 MHz. If compared to system's clock frequency of 7.2 MHz there were some clocks left for other operations on Amiga's own chip set (Paula, Denise, Agnus) than translating x bit color palette to 6 bit RGB for the input of video DAC.

However, 4096 colors would require 12 bit (3x4 bit). Indeed one could always chose from 4096 colors by defining a RGB values, each color channel with a range from 0 to 15, but usually this was limited to 32 colors palette. The 1985/1987 Amigas displayed 32 colors from 4096 simultaneously but there had been some trick to display much more than 32 colors on video screens, although with some more or less annoying limitations.

In HAM mode registers for 12 bit colors was limited to 6 bit for each horizontal line (electron beam's scan line). 2 bits (control) defined one of 4 cases the other 4 bits (data) meant. In one case a color out of 16 was used (hold) in the other three cases two RGB channels got the values from the previous pixel (left sided) and one color channel got a new 4 bit value (modify).
This rather special color mode was historically owned to YUV instead of RGB color space. Controlling YUV (TV, video) HAM made much more sense but RGB had other superior properties for computer graphics.
Light and Word designing Creator - www.farbigewelt.ch - aka quantenkristall || #luxcorerender
Windows 10 Pro 64 || 2x16 Cores, AMD Ryzen 3950X @3.5GHz, 64 GB RAM, DDR4 @3.2 GHz
2x openCL, AMD Radeon RX 5700 XT, 8 GB VRAM || Gfp = SFFT Gflops
Top

RYGB particles mixing in a tube with some liquid

There is a very good chance some active people of this forum get a déjà vu like experience watching the short simulation here.
I admit I am a persistent offender circling around topics like a moth incandescent dim light sources.

Well, this is a rather unsuitable image actually. I prefer imagine an aware flier reaching new heights spiraling upwards in up lifting air on beautiful blue sky day.

300 tiny frames rendered on cpu bi-directionally with path depths of 48 bounces/traverses. The current result gets close to my actual imagination.

Saturation is increased by order of 3.5 in composer. The notable flickering is not a renderer issue it is due to the moving tinted spheres. 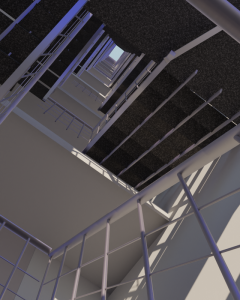 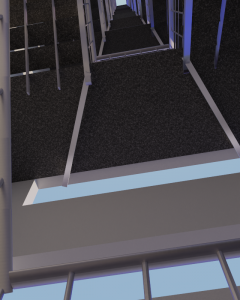 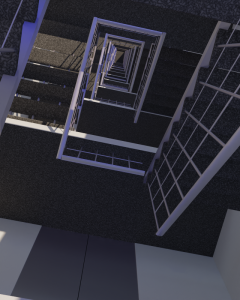