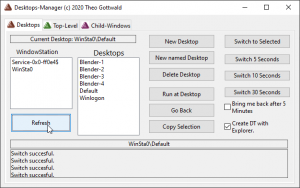 Additional hint: Rendering in the Blender Main Window instead of a new "Render Window" seems to be more stable additionally.
Maybe because it uses less graphical resouces.
Register @Dreamstime and sell your Renderings to the world.
Top
Post Reply
1 post • Page 1 of 1