uuh sweet, I must have overlooked that

I think using words "floating point" and "precision" in one sentence should be strictly forbidden. Also, with 64 bit we won't even need the point to float.
CPU Bidir (sometimes GPU Path) + Metropolis | Log Power | Core i5-4570
Top

I did a quick test, and enabled the option for both custom split normals as well as autosmooth on a regular mesh. It is controlled by a second switch. The autosmooth version is enabled by default because v2.3 is the latest stable release.

I've also tested the difference on the rendering result. Using custom split normals does change the result a bit for the better. However, no change to the shift-issue. See the following comparsion with a single lens at the origin. First old mesh with autosmooth, second with split normals. 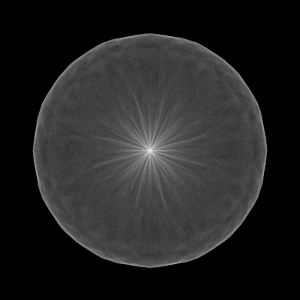 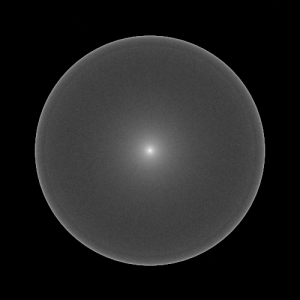 Then I also tested the influence of absolute size. Indeed, it seems that the "realistic" scaling leads to additional errors. A lens works better if it is a few m large. I find this strange, float should provide enough orders of magnitude to acommodate for everything, and it says everywhere I read that Blender internally uses float, just the display is rounded to 5 digits. Any ideas?

BYOB, where did you actually get the info that cutsom splits have higher precision that regular normals? I found no docs that specify this.
Top

When I implemented the custom normal support, I wasn't satisfied with a Python solution (because slow), so I dug around in the Blender source code until I could extract a raw pointer to the custom normals array. And that is a float array.

Blender precision is just horrible.
Here i only have small cut-off of earth real size, but i need real origin for procedural shader.

Since last posted here, I made some updates, especially a new inclusion of a cube-corner retroreflector array, and recorded a little introduction-video:

As I mentiopn in there, I next plan to do a video of a real lens system. If I play it right, I can maybe turn it into a good demo of LuxCore's glass capabilities as well.
Top
Post Reply
57 posts